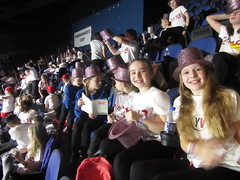 On Wednesday 31st January, Mrs Poland and Miss Rock took a group of thirty children from Hawkhurst Primary School to perform at the O2 Arena in London. There were nearly 8,000 children there as part of the Young Voices choir. The aim of Young Voices is to inspire a love of music and create memories for the children that will last a lifetime – and that was certainly the case! They also raise money through ticket sales to support the Teenage Cancer Trust and the children brought tinned food gifts to donate to Fare Share.

The children had been rehearsing the songs since September. Some music was specially written for the performance, some were popular modern songs and there were some old classic tunes too. Everyone had his or her own favourite, including a cartoon theme medley, Africa (Toto), Human (Rag’n’Bone Man), Castle on the Hill (Ed Sheeran) and Miss Rock’s favourite, A Whiter Shade of Pale (Procol Harum).

We left school at 11am and went by coach to the O2 arena. We ate lunch at Five Guys – the staff were amazing and efficiently prepared our delicious burgers. After lunch, we rehearsed for about four hours. As well as singing, we practised our dance moves. After the rehearsal, we ate dinner. The day flew by. Nervously, we took our seats in the Arena and waited for the audience to arrive. We were really high up. We were lucky that we knew exactly where our parents were sitting so they were quite easy to spot.

THEN WE DID THE CONCERT!!! It was amazing. We sang at the tops of our voices and danced away. Mrs Poland and Miss Rock (and the bus driver) hoped that we would be completely exhausted on the way home, but no such luck! Even though we didn’t get back to Hawkhurst until 11pm, most of us were still wide awake. 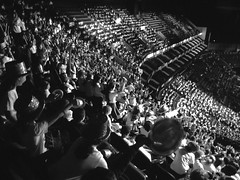 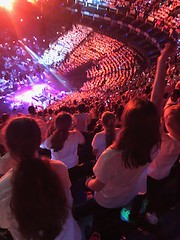 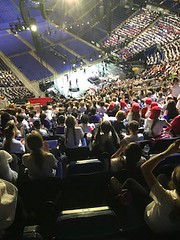